The Truth About Living with a Rare Disease 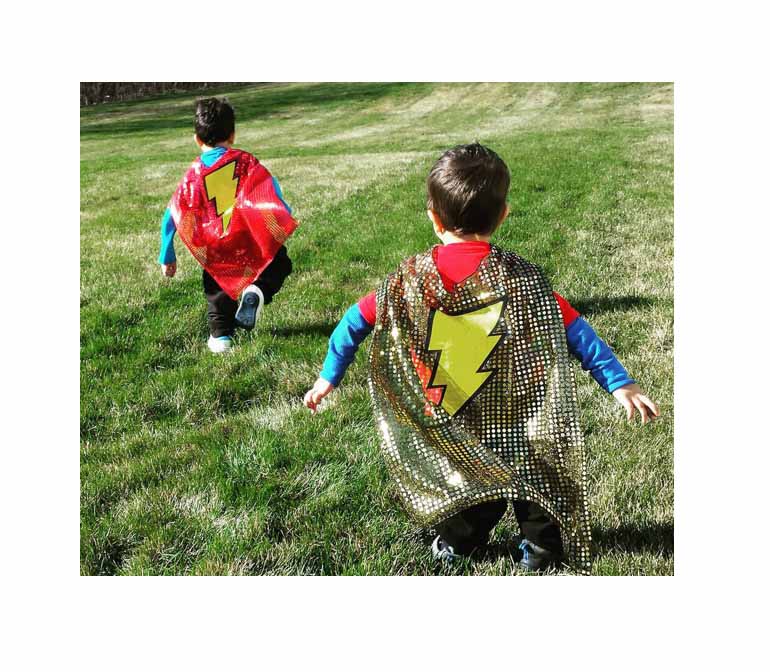 Neena Nizar is a college English instructor pursuing a doctorate in educational leadership, a wife, a mother, and a rare disease advocate. With her husband and her two boys, she moved to the United States in January of 2015. Neena and her two sons are three of less than 30 known cases of Jansen's metaphyseal chondrodysplasia, a disease in which portions of the bones of the arms and legs develop abnormally causing mobility challenges. The family owns a 2015 BraunAbility Dodge Grand Caravan and Neena frequently contributes to the AbilityVoice Blog. Learn more about Neena and her family here. To learn more about Neena's Foundation for Jansen's research, click here.

My most troubling memory from my childhood is perhaps that of a little girl getting a prosthetic fitting. I was 15 at the time and battling my own demons; I had just recovered from extensive corrective surgery and was at the orthotics office to get a new pair of calipers (leg braces). I detested the massively inconvenient pieces of metal mesh that shackled my freedom and left me in endless agony and that time was no different.

As I stared woefully at the metal contraption and then back at my sheepish father-who had broken his promise to never inflict another one of these on me!-I couldn't help but feel myself falling off another steep edge.

It was then that the little girl with pigtails caught my eye. She was no more than five years old, her fingers taut around her mum's loose clothing. The room was dimly lit, but from their silhouettes, I could tell she was missing her right leg. The mother was clearly struggling with the physical piece of prosthetic equipment precariously balanced in one hand and her limp child on her shoulder. I distinctly heard the soft cooing from her pursed lips as she soothed her child.

In an instant, the mother turned and her eyes caught mine. I could see her fright. I've often seen that look in people seated in grim hospital waiting rooms-it's a shocked look I've probably had umpteen times myself. Then suddenly, she spoke, and I will never forget her words: "Will my child be okay?"

I hated the universe at that moment. I hated it for not allowing me my own private moment of sadness, a moment to linger on my own plight. It wasn't fair to not allow me my own tears, instead somehow tainting it with the guilt of an emotional hurricane.

Consumed by my own pain, I wanted to tell the mother that it wouldn't be okay. Living with a rare disease isn't okay. It would not get better. Her precious five-year-old in simple pigtails would grow up to lead a very different life from what her mother had planned for her. She would likely be stared at and bullied, and she would probably have her soul crushed repeatedly. If by some quirk of fate she actually survived this rare battle, she would be rendered uselessly tired from the lifetime of trying. Her mother would be advised, preached at, and shunned, and she would lose friendsand suffer prolonged bouts of isolation. Their trials would come fast and thick. Every success would be temporary; every failure would be another heavy nail in the mighty coffin known as "rare"!

The pain from the straps on my new brace was intense. I didn't want to be a hero who had "gone through so much and survived." I wanted to scream, "I don't want to 'survive!' I wanted to LIVE!"

But, I was too choked up to answer her.

Today, I sit here as a mother of two special boys with an inherited rare disease, and I feel the mother's clammy hand on mine. I desperately wish I could tell her all the things I know now:

That the rare disease life isn't easy. In a field of horses, it may sometimes take 32 years for a doctor to see a zebra. But when you find your zebra, and when the little great things come, you rise like a phoenix from the depths of despair. You hustle. You armor yourself with so much knowledge that you become a resource for others starting similar journeys. You appreciate little moments of truth because they stay with you as gentle reminders for when things fall apart, reminders that yes, even if it took forever and a day, you found your way.

That in this rare disease life, being rare keeps away the ones who callously hit "unfriend," the naysayers, and the judgment dealers. Those who remain, you cherish and hold forever near. They become your unbreakable support circle, a buttress to your dirty laundry, empty fridge and uncooked dinner.

That this rare disease journey may not be the one you planned, but it just may be the best-planned one for you.

That you were not strong, we all know. Yet you persisted. You spat out conditions, syndromes, and disorders, color-coded that 900-page medical history and insisted on fighting each day to make it the best it could be.

That this rare disease life will break us and curse us with words you were religiously taught never to use. Sometimes you will hate yourself for feeling overwhelmed. For at times, seeing only the rare and not your child, for the occasional pity party. But after letting it out, you stay yourself because it's tomorrow, and you straighten that crown.

That this rare disease marathon teaches you to turn away another talisman and refuse a trip to a distant sacred temple famous for "miracles". But you continue to see mountainous miracles past test results, assessments, and scales of progress. You have your own measure of awesomeness calibrated to a special love, joy and happiness privy only to the rare.

That for this rare disease fight, you don a superhero's cape and slay hospital visits, therapy sessions, surgeries and recoveries, and heaps of "I'm tired"'s. The emotions are so deep and sharp that in the end they leave you raw, exposed and in never-ending pain. But when the time comes, you know you'd do it all again.

So to that special mother out there with her special rare disease child with pigtails, I know that by now you have found your own answer. And to all the rare disease warriors out there beginning this journey, you will find your way.