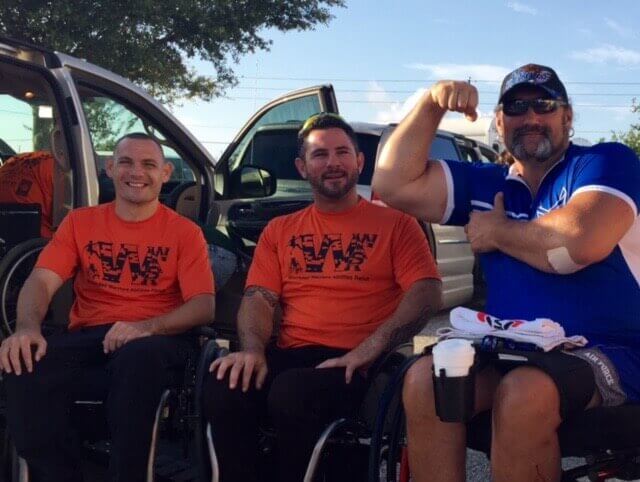 Lance Corporal Mike Delancey joined the Marine Corps right out of high school. On September 1, 2006, Mike was in Haditha, Iraq. It was here that he was shot by a sniper, the bullet tearing through his fifth, sixth, and seventh vertebrae and hitting his right lung. In an instant, Mike was paralyzed. The medic helicopter rushed in to take Mike to the hospital. He died twice on the trip over and spent three months in a coma.

He marks every year with an Alive Ride, a bike ride through the local community to, “get a lot of guys that are in my situation involved in this with me and the best way [to do this] is to bring them into the family on my day.” Each year, Mike comes closer and closer to building the Wounded Warrior Abilities Ranch, a recreational facility for disabled veterans and their families to find a hobby they enjoy, be it fishing, horseback riding, fitness stations, or grilling.

Watch a recap of the groundbreaking of WWAR and the heart-warming Alive Day Ride here.