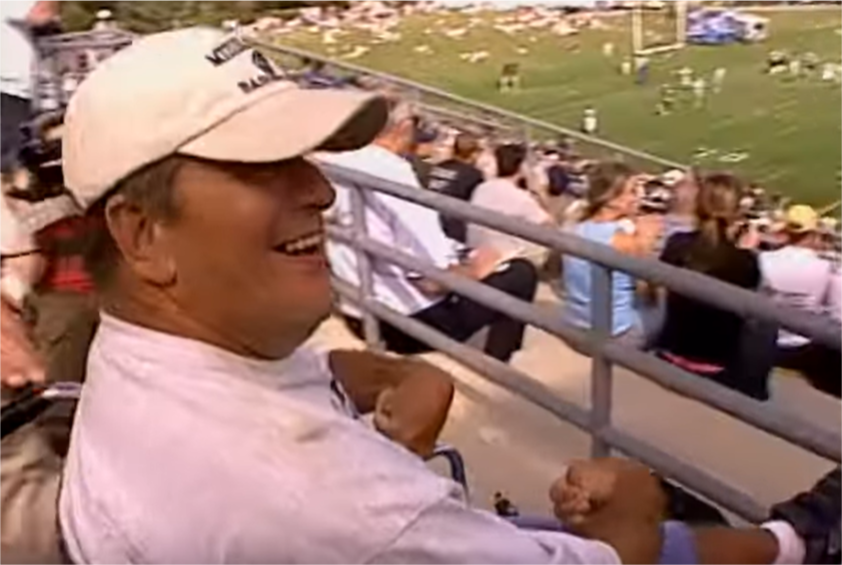 This week ESPN aired a story called "Picking Up Butch" about Middlebury College athletes who have "picked up" a local man named Butch and taken him to every home football and basketball game . . . for the past 50 years.

Richard "Butch" Varno, who has Cerebral Palsy and very limited mobility, lives for these games. He loves the players, the school, the atmosphere. But perhaps more importantly, everyone else loves Butch -- his energy, his enthusiasm and especially his heart. Through him, over five decades of students have experienced the satisfaction of being a part of something greater than themselves. They've also learned how something as inexpensive as time can add so much significance in someone else's life.

While Butch previously had to be picked up by the athletes and transferred into a car, today he uses an accessible vehicle with a Braun Millennium Series lift. The story is a terrific example of just how essential accessibility and independence can be for someone living with a disability. He's probably been one of the most inspiring people to cross the lives of many of the students and faculty members at Middlebury College. He's a legend already, but hopefully his legend will build as those who have been influenced by him return that same compassion to someone else down the road.

As you can see, it's as much a story about "picking up" Butch for the games as it is about how Butch and his friends "pick up" one another emotionally. It's nice to know that BraunAbility wheelchair lifts play a small role in this story, and we hope our mobility products and wheelchair vans do the same for customers across the country and around the world.