Ralph was diagnosed with muscular dystrophy as a young boy in 1947. Doctors told his parents he’d never be independent, but both Ralph and his parents were determined to prove them wrong. In the next few years, Ralph lost his ability to walk. At a young age, he set his mind to engineering the first battery-powered scooter. From there he designed the world’s first wheelchair lift, installed in an old postal Jeep and complete with hand controls. Necessity is the mother of invention, and Ralph’s physical limitations only served to fuel his determination to live independently and prove to society that people with physical disabilities can participate fully and actively in life.

What started as a personal drive to keep independent evolved into BraunAbility, the leading manufacturer of mobility products across the globe. Ralph passed away in 2013 at the age of 72, but not before he launched the mobility movement.  proudly carries on our founder’s legacy today.

The story goes that one Friday afternoon Ralph Braun wheeled down to the assembly line and picked one of the newly built vans to test drive over the weekend. He asked a foreman for the keys, and the startled employee stuttered, “Well, Mr. Braun…I guess I didn’t know you’d be taking this van.”

Ralph turned to the man and said, “Would you have built it any differently if you had?”

It was a teachable moment for the foreman and, as the story was told again and again, for the generations of employees to follow. “Build every van like you’re building it for me, or your own mother, or for your son – because you may have to,” he’d say.

Ralph had every opportunity in the world to make excuses for himself – why he couldn’t go to school or get a job or even get out of bed in the morning. But he never made excuses for himself. Instead, he built an entire industry and made automotive accessibility a reality in American society.

When you report to a man like that, you don’t make excuses. As one of his earliest employees and close friends say, “Rarely were excuses necessary. Ralph was a master at motivating people. He was gifted with a character that made people want to do great things.”

Over the past 40 years, we’ve learned a little something about setting expectations for our company, our products, our life – and exceeding them. We have every intention of making the impossible possible in mobility – just like Ralph did. No excuses.

3. Surround Yourself with Good People

“So what’s the secret to your success?”

It was common for Ralph to be asked this question, and you could expect the same reply: “I surround myself with good people – and then I get out of the way.”

As part of the team he built, we heard these words often. Ralph was used to relying on people. He couldn’t do everything for the company or even for himself. Ralph relied on his team of caregivers and family and employees to help him through a day – and a life. Those people had to be skilled and qualified – but most importantly they had to share his values and a vision of a customer-focused culture.

Here’s a story that was only shared after Ralph passed away. In his late 50s, long after his company was leading the mobility industry, Ralph decided he wasn’t a strong public speaker. It bothered him, and he knew as CEO of a growing company, he would be called upon to speak again and again.

He decided to go back to college and take a course in public speaking. Two nights a week for a full semester, he drove himself an hour away from his home to a local college. Imagine the contrast: a room full of 19-year-old college students and one older man in a motorized scooter.

He loved that class, and he learned. In fact, he was voted by his class as one of two contenders for their end-of-year speech competition. Ralph beamed with pride over the honor and asked his family to come to watch him that evening.

Whatever he could do to make his company or himself better as a leader – he did it, and he reminded us that success in life can breed complacency. In Ralph’s mind, there was no greater sin than believing improvement had a finish line.

5. Believe in Your God-Given Ability

Ralph faced enormous obstacles in his life, but he believed in the ability God gave him. He didn’t set out to blaze a trail as a mobility pioneer. He set out to show his doctors he didn’t need to be institutionalized. He set out to show a school system that students with physical disabilities deserve to be educated. He set out to prove the banks wrong who would not loan money to a man in a wheelchair.

Why not? That God-given ability is different for each of us, but it’s there. We can use it to fight the battles, to blaze the trails, to be the difference between the status quo and a better way of life. Just like Ralph did.

About Our Founder, Ralph Braun

We’ve been “making life a moving experience” for people with disabilities since 1972. Ralph Braun started this business four decades ago with only a handful of people. What began as a few dedicated and loyal employees working together eventually grew into the leading company in the mobility industry.

Rise Above, The Ralph Braun Autobiography

Ralph has left a permanent legacy in the mobility community and will be remembered as a true pioneer of accessibility. He wrote his autobiography, Rise Above, to tell the story of the challenges he faced as a young man – not only from his physical  but from the limitations society placed on individuals with disabilities as well. All proceeds from the book are donated to the National Organization for Vehicle Accessibility (NOVA) to help make mobility more affordable to those who need it.

Ralph Braun built his first motorized wheelchair in his cousin’s farm shop in 1962, never dreaming his company would turn into a world-renowned industry leader and improve thousands of lives. 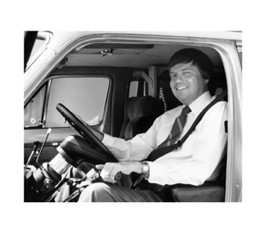 Loyalty to our products was not uncommon and those early customers, along with their family members, were some of the best salespeople we ever had. 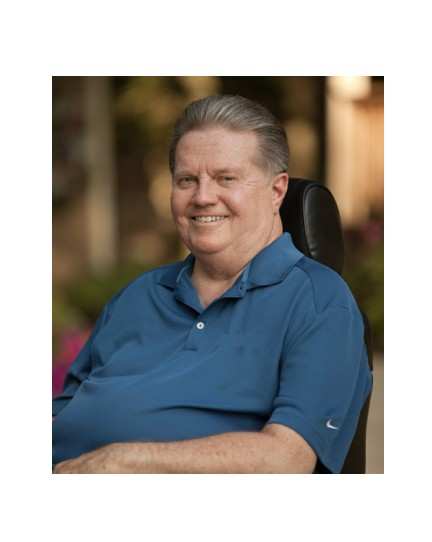 Braun Founder and CEO Passes Away at Age 72

Ralph William Braun, our founder and CEO, passed away Friday, February 8th in Winamac, Indiana. He was 72 years old. 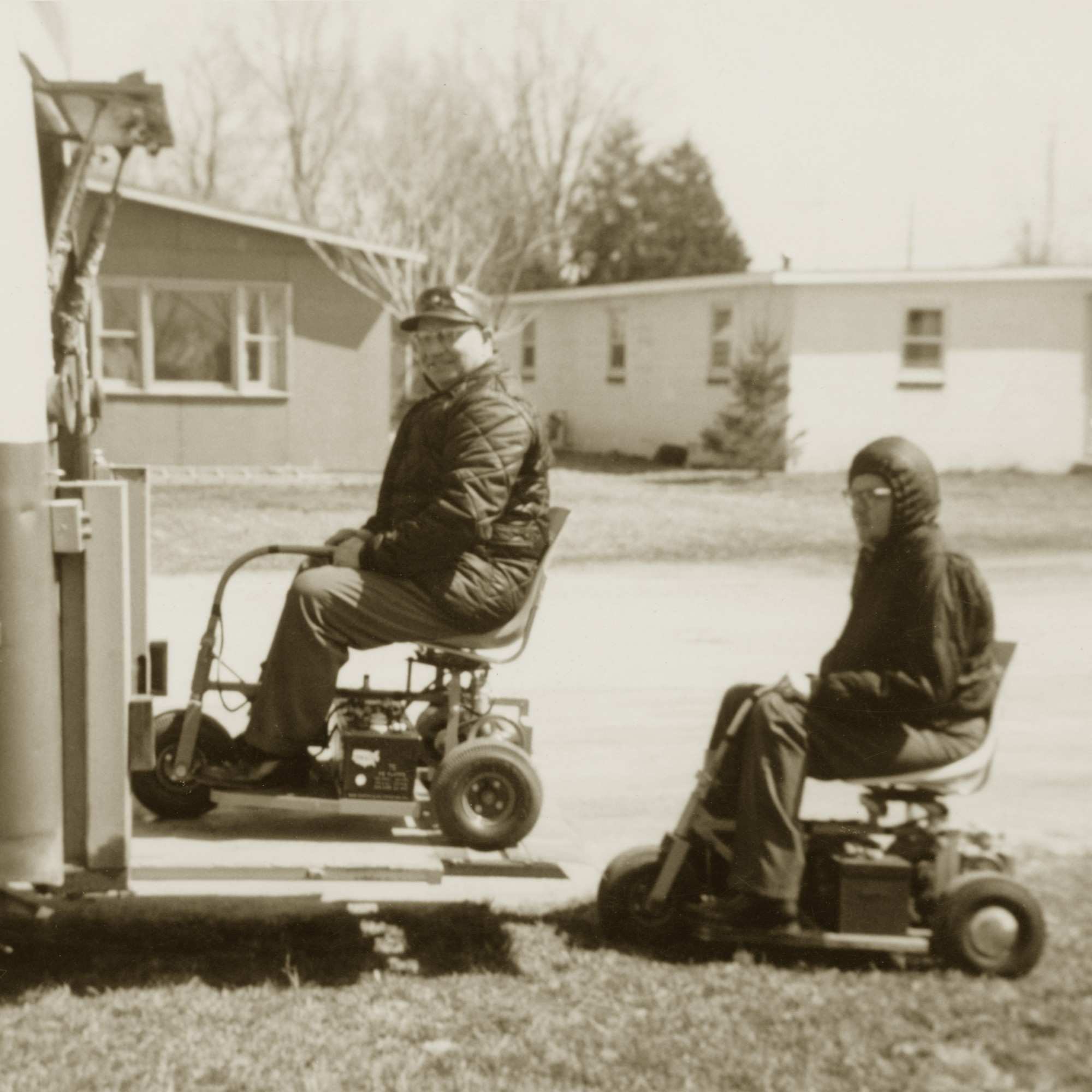 "People sometimes ask me whether I realized then the significance and how it would change the future." Ralph Braun designs the first accessible vehicle. 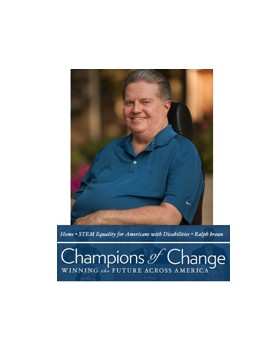 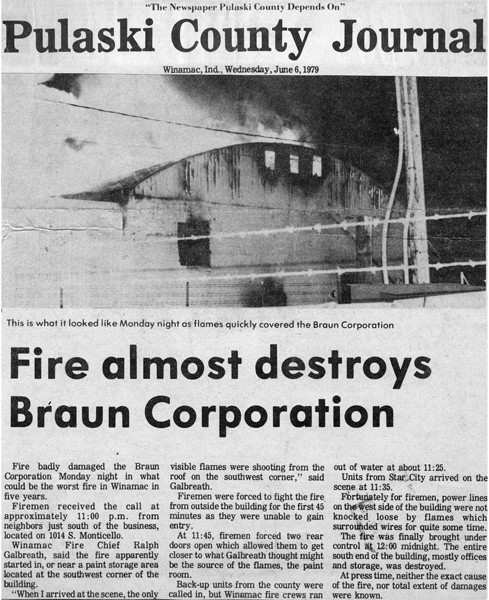 Rise Above Excerpt: Determination and Focus

One of our strengths at BraunAbilityis the capacity to adapt to new challenges quickly. The fire certainly tested this faculty to the extreme. 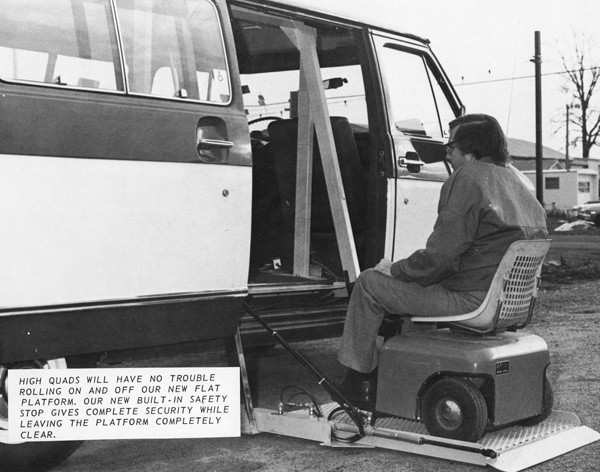 Rise Above Excerpt: The Future Arrives

Chapter 11, "Rise Above": Shortly after Ralph Braun built a lift for his own use, he agreed to do the same for his two first customers. 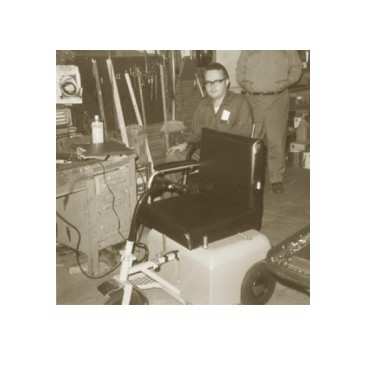 Ralph Braun's autobiography "Rise Above" explains how he created his first motorized scooter: a monstrous mechanical beast that he named "Frankenstein." 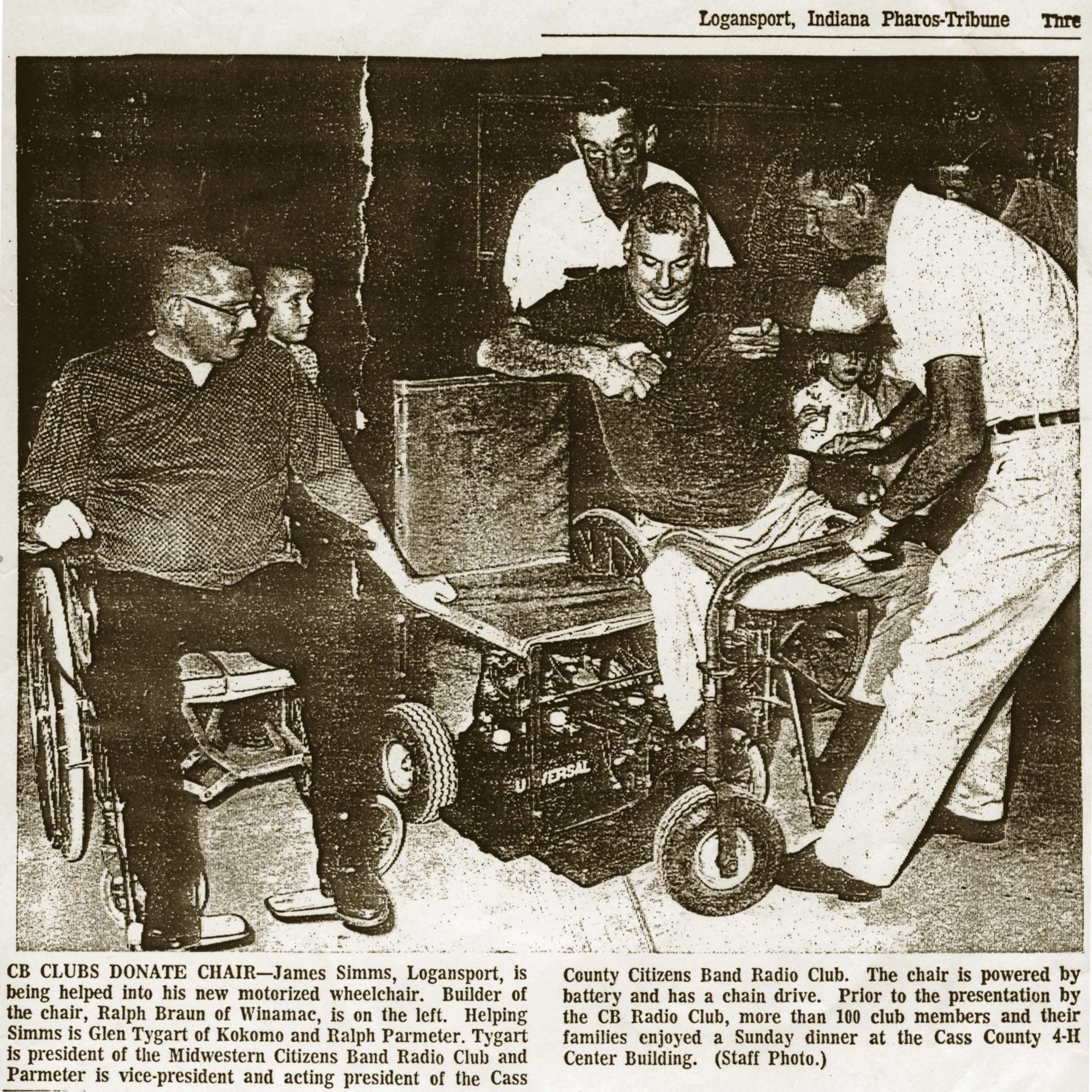 Chapter Seven of Ralph Braun's upcoming book "Rise Above," we learn how he transitioned from building scooters for himself to providing mobility for others. 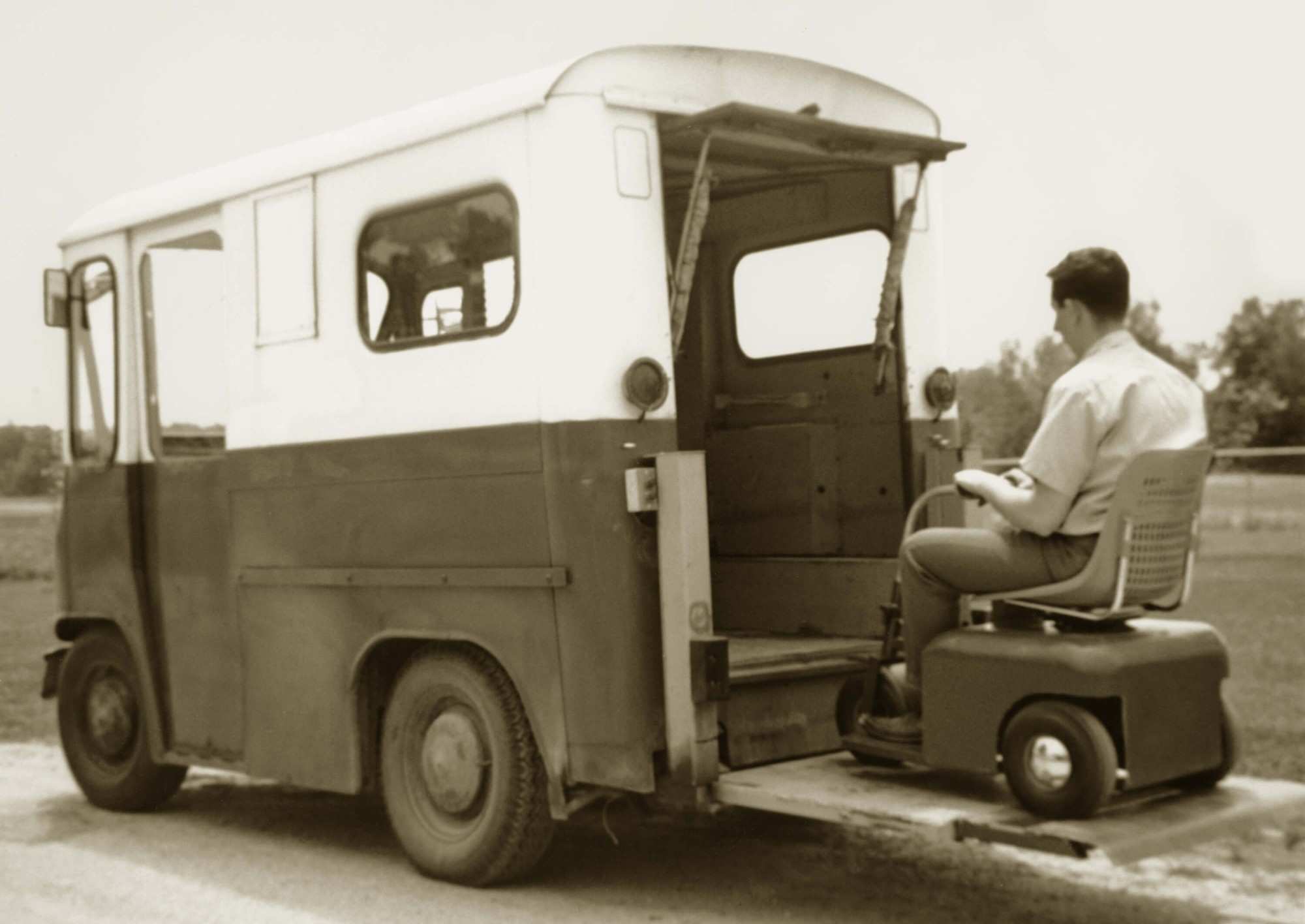 In 1970, BraunAbility founder Ralph Braun builds the modern wheelchair lift on a Dodge B-van, the first in a lowered floor vehicle. 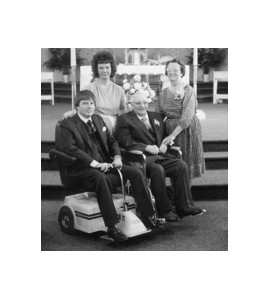 Rise Above: As Heroes Go

BraunAbility founder Ralph Braun discusses his lifetime heroes as someone who was one to many in the disability community. 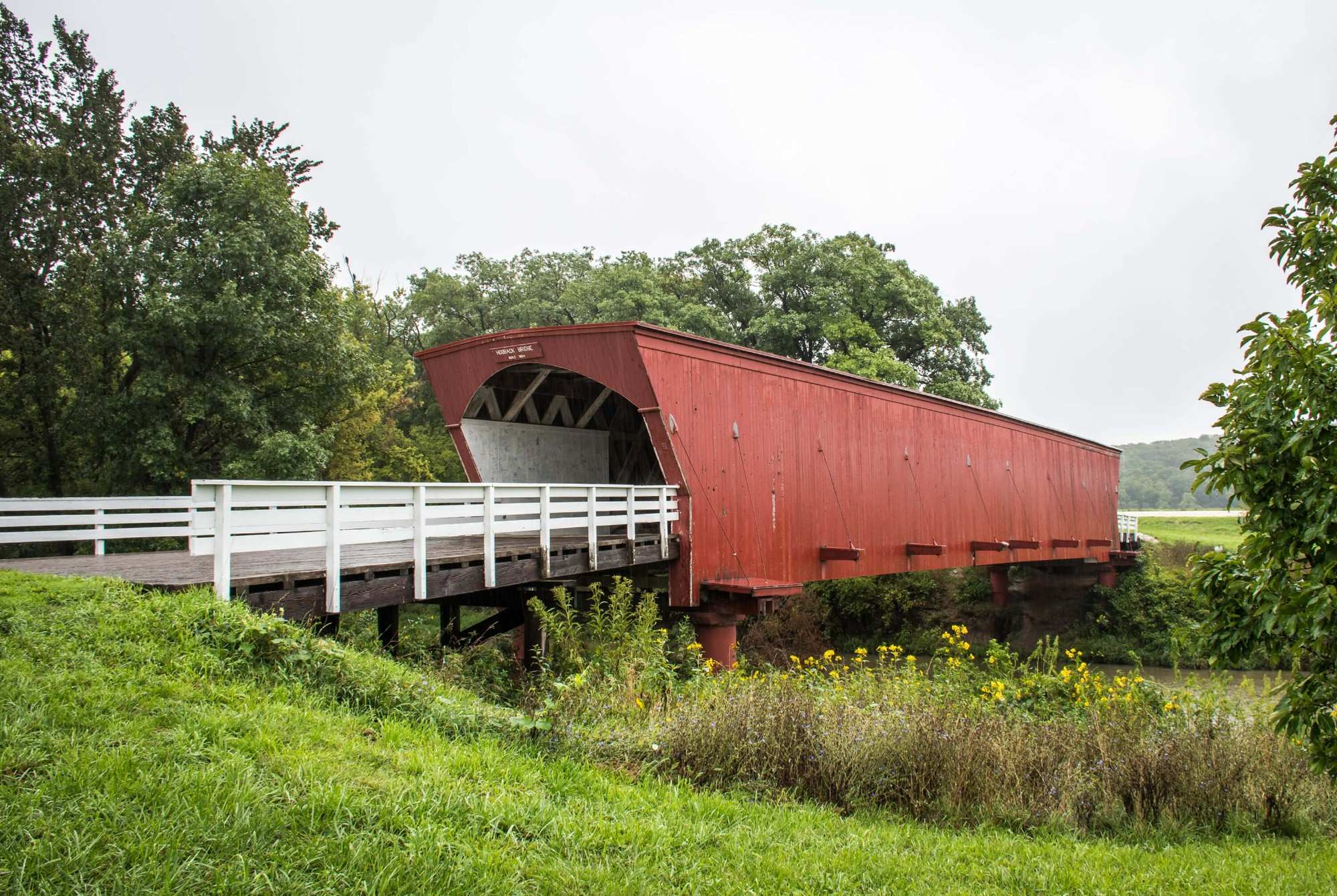 Rise Above: Barriers and Bridges

Chapter three of Ralph's book reveals one of his five life lessons and that is to always surround yourself with good people. 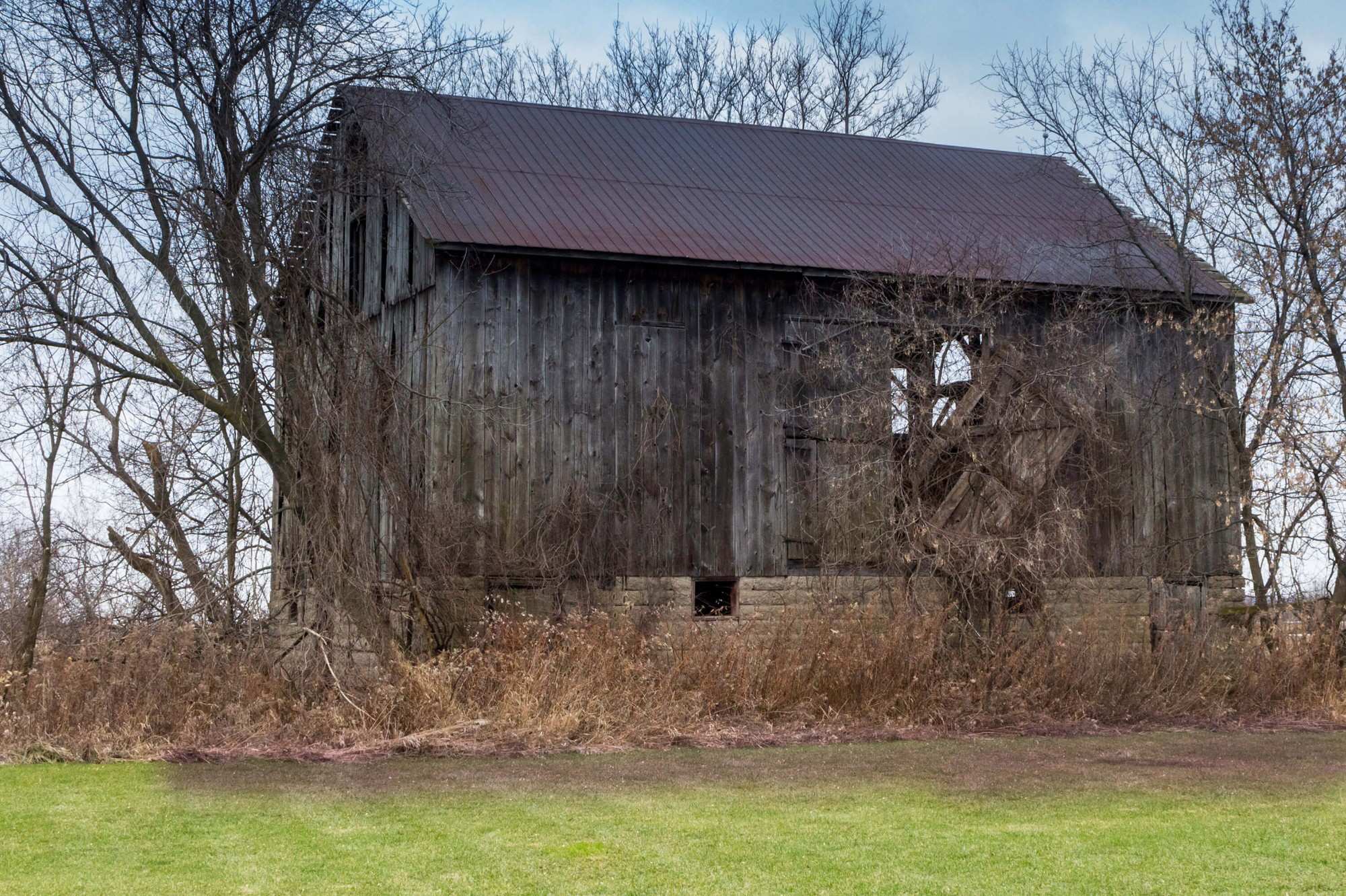 BraunAbility put Winamac, Indiana, on the map and manufacturing handicap vans in a rural environment has its advantages. 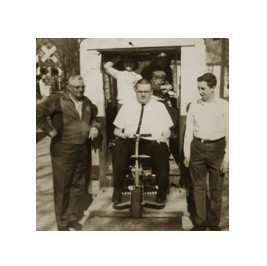 Rise Above: The World As A Classroom

Chapter four of Ralph's book "Rise Above" illustrates how Ralph learned from his real-world experience and applied it to his business ventures.