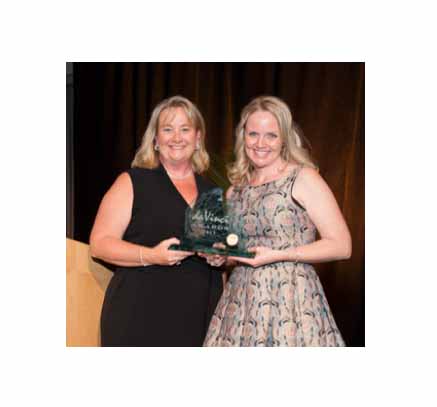 Two months after his passing, our founder and CEO, Ralph Braun, was honored posthumously with the Lifetime Achievement Award from the da Vinci Awards during a ceremony in Detroit, Michigan last week. The international award organization recognizes the latest developments and research in adaptive and assistive technologies, and benefits the National Multiple Sclerosis (MS) Societys Michigan Chapter.

Ralph Braun has left a permanent legacy in the mobility community and is regarded as a true pioneer of an industry that has brought freedom to hundreds of thousands of individuals across the world, stated a release published by the da Vinci Awards.

Ralphs daughter's Cherie Braun Diaz and Melissa Braun Dennis were on hand to accept the award during the ceremony, which was held at the Ford Conference and Event Center in Dearborn.

Several other award recipients were honored for their contributions to individuals with disabilities, including Jeremy Campbell, Team US Gold Medalist at the 2012 London Paralympic Games. Campbell was honored with a special 2013 Spirit of da Vinci Award in recognition of his accomplishments and ongoing advocacy for those with disabilities.

For the year prior to the awards, nominations were accepted from across the country and around the world for innovations in five disability-related fields: Communication/Educational Aids; Environmental Adaptation/Daily Living or Work Aids; Prosthetics/Orthotics/Controls; Recreation and Leisure; Transportation and Mobility. For complete information on the winners in each of these fields, click here.

Proceeds from the awards benefit the National MS Society's Michigan Chapter. Michigan has one of the highest incident rates of MS in the U.S., with more than 18,000 residents living with multiple sclerosis.