Self-Driving Car: The Next Big Breakthrough for Inclusion 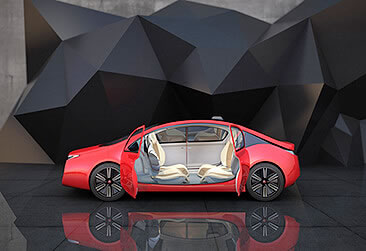 Autonomous cars are, without a doubt, the next frontier in automotive innovation. The world waits on and debates the safety, the cost savings, the emissions byproduct and so on to push leaders to create safe prototypes for ourselves and our planet. But a more compelling argument exists, and no one is really talking about it.

BraunAbility has always held the firm belief that as many people as possible should have access to mobility and our business revolves around serving the most underserved population - people with disabilities. Accessible vehicles allow owners to gain back a modicum of independence, traveling where they need to at the moment they so choose, but many aren't able to drive themselves independently due to the extent of their disability. But imagine the increased independence if someone with disabilities were able to operate their own vehicle because the cars drive themselves?

Shamefully, disability advocates have been a secondary consideration when manufacturers look for allies to push for new national regulations regarding autonomous vehicles. The National Highway Traffic Safety Administration held a public meeting regarding "operational guidance" for automated vehicles in 2016.

The article in the link above reads, "The problem, as NHTSA acknowledges, is that issuing new regulations takes an average of eight years and the agency cannot wait that long because self-driving technologies are already on the road.  NHTSA Administrator Mark Rosekind noted at the meeting that there are vehicles on the road today that automatically steer, change lanes and adjust speed in response to traffic.  According to Dr. Rosekind, without federal instructions, 'people are just going to keep putting stuff out on the road with no guidance on how do we do this the right way.'"

Susan Henderson, executive director of the Disability Rights Education & Defense Fund, was reported as saying, "Without explicit inclusion of accessibility in the development of technology, their potential for bringing independence and increasing inclusion diminishes. For example, equal access to the internet for people who are blind and deaf and have other disabilities was not considered by web developers at first, and many people with disabilities experienced unnecessary obstacles to information -- and still do."

Google announced in May that it would be adding 100 custom-built Chrysler Pacifica hybrid minivans to its experimental fleet of self-driving cars called Waymo. When we learned of Chrysler's addition of the sleek new Pacifica to its current offering of the popular Town & Country, we jumped at the opportunity to create the best Pacifica accessible conversion on the market.

Google is proving this technology doesn't just have to be used in pod-type vehicles that would never fit a wheelchair ramp, let alone larger power wheelchair varieties. Families and people with disabilities would be able to use self driving cars in their day-to-day lives if designers worked with larger vehicles that could allow for passengers of all kinds. Google has long had a goal of serving people with disabilities who are unable to drive.

Says John Krafcik, CEO of the Google self-driving car project, “The opportunity to work closely with FCA engineers will accelerate our efforts to develop a fully self-driving car that will make our roads safer and bring everyday destinations within reach for those who cannot drive."

It's important, then, for lawmakers to start listening to disability advocates when it comes to advancing automated vehicle technology. Doing so is the only way to ensure people with disabilities are not an afterthought and can reap the full benefits of self driving car technology.