BraunAbilty recently had the amazing opportunity to present the Arrue family - Marcelo, Lisa, and Bella- with a special 50th      anniversary edition BraunAbility conversion on a brand-new Chrysler Pacifica.

We asked the Arrue’s to share their unique journey. As the family opened up, Bella playfully teased her mom for always crying when she told their story, but there is no denying that the Arrue family has been through a lot.

The family’s story together began in Los Angeles. Father Christian, known as Marcelo to his family, was raised in Chile but moved to LA at a young age. He trained as an Olympic track cyclist and would also meet and marry Lisa there. The couple moved to Pennsylvania together so Marcelo could elevate his cycling training for success on a national and world level.

Raised in L.A., Lisa adored her new surroundings, complete with changing seasons and daily walks through lush hardwood forests. It was here that a small insect would bring big changes. Unbeknownst to Lisa, she was bitten by a tick. Symptoms began with a strange rash and escalated to extreme headaches and muscle weakness. She visited the doctor multiple times with no diagnosis, eventually becoming embarrassed to return. She visited her mother, a nurse, and when her mom witnessed her limping from the muscle weakness, she immediately took her to the hospital.

It was here that Lisa finally got her diagnosis. She had contracted Lyme disease from that forgotten tick bite. The Lyme also led to Anti phospho-lipid syndrome (APS), a rare and incurable autoimmune disorder. Lisa was only in her 20s and found herself trying to process this new and permanent condition.

Lisa and Marcelo had always dreamed of a large family, but the complications of APS would bring challenges. The couple endured multiple miscarriages before they were able to celebrate a pregnancy that seemed to go more smoothly. Heartbreakingly, in her 25th week, Lisa experienced concerning symptoms and was told she’d have to deliver early or risk the lives of both her and the baby. At 26 weeks, Bella came through emergency C-Section. Classified as a micro preemie, Bella would have many challenges to face, including a series of laser eye surgeries and a brain bleed that would result in Cerebral Palsy.

Finding Their Way as A Family of Three and Living with A Disability:

The family moved back to their west coast home. Marcelo retired from cycling and became a Los Angeles Police Officer.

Raising a daughter with cerebral palsy brought challenges, particularly when it came to transportation. When Bella was young and small, the family was able to get by using a regular van. But with no adaptive equipment, all the lifting involved in transferring Bella in and out of the vehicle fell to her parents and took its toll on Lisa’s body. She eventually developed a hernia.

As Bella grew, she sometimes felt uncomfortable with the questions that people would ask her about ways she differed from them.

What is wrong with your voice? Why do your hands look different?

But Bella and Lisa found ways to turn this adolescent insecurity into positives for both Bella and those around her. They began role playing ways that Bella could respond, choosing to embrace the questions as curiosity. They saw a chance to teach others about people living with disabilities. In the process, Bella noticed feeling gradually less awkward and began to enjoy sharing her story.

Lisa was taken aback when Bella asked to start a YouTube channel. Her instinct was to protect her daughter from such public attention. But Bella’s passion and the potential to make an impact on more people’s curiosity about those with disabilities eventually won Lisa over. Bella Arrue’s Journey was born and quickly gained hundreds of viewers.

Lisa found her own way to make an impact. She saw a need for a better learning environment for children living with disabilities and got to work creating a solution. She created a new school called Agape Village for children with disabilities, building it from the ground up with co-founder Cheryl Amelotte. She humbly asked that we share the names of the amazing teachers who make the day-to-day possible: Miss Escorza, Mrs. Mariano, and Mr. Smith

The family was able to obtain a used adaptive van with the help and generosity of the LAPD. It served their needs well for some time, but transportation challenges grew as the van aged. The family found themselves in a constant state of worry about reliability and functionality. This had a profound effect on the adventures that they could take and caused concern over even short trips to the grocery store or school. Repair costs began to add up.

Then a Call Came from The Kelly Clarkson Show

The family was invited to be on an episode. Lisa was told they were celebrating law enforcement. Given the very difficult climate for law enforcement in L.A, she was thrilled that her husband would be recognized for his service to the community.

But Marcelo knew there was a surprise in store for his family.

Excitement elevated on the day of the show. As the family readied themselves backstage, Jay Leno appeared, explaining that he would be hosting for Kelly. Bella told him that she was nervous for her TV debut. He knelt to her level and made her feel at ease. He told her that the thing about comedy was that it didn’t have to be perfect. You could mess up and it would make it even better, even funnier. Bella’s whole demeanor changed. She was ready.

The Arrues met Leno on stage and the true reason for their visit was revealed. They were being presented with a brand-new mobility van from BraunAbility! Amid tears, they accepted the gift.

The Lasting Impact of Reliable Transportation:

I asked each family member about their plans for the new ride. Bella was most anxious to show it off to her friends at school and her grandparents. Her next request was for a trip to Knott’s Berry Farm.

Lisa calls the ride an amazing blessing and a chance to give Bella the best care and opportunities to do all the things she wants to do for years to come. She also embraces the opportunity to share Ralph Braun’s story as she shares their van. Braun’s refusal to accept that a disability would hold him back and his success for himself through helping others are exactly what Lisa dreams of for Bella.

Marcelo shared, “ Bella’s adventurous spirit is a lot like mine. The van will allow us more adventures, that weren’t possible with the older van. Bella loves the mountains, beaches and anything that may go fast, like roller coasters. She’s always willing to try something new. She wakes up every day full of life and ready to tackle anything that comes her way. She truly makes me a better man.

The van helps us with all the things she loves to do and, as a father, it gives me the peace of mind that she is safer. Thank you for allowing us to tell our story and for a van that we can trust for the safety of our family.”

The Arrues are a family that makes deliberate choices to find the best of what they are given. They see opportunities for change and are willing to put in the work to impact those around them in the same way. BraunAbility couldn’t be prouder to be a small part of the big things this family will do together. 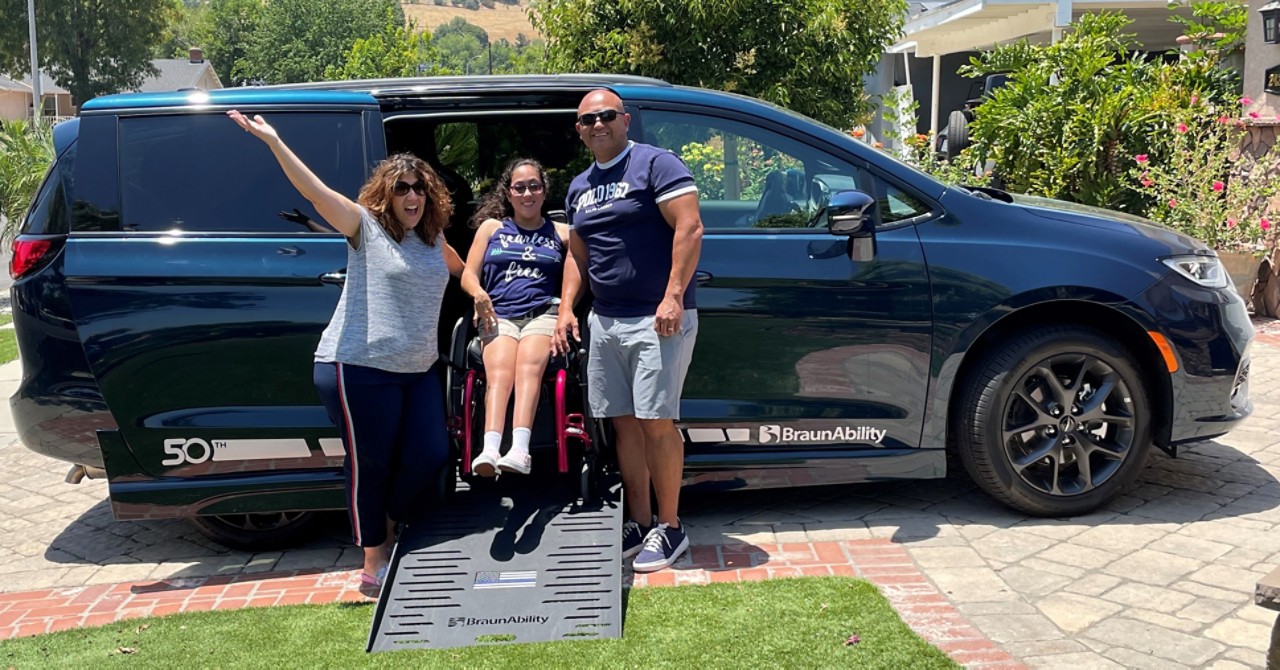 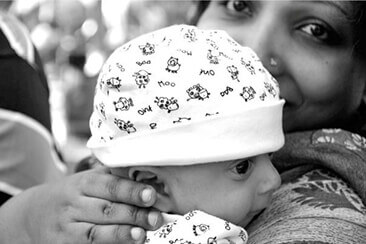 Neena Nizer, is one of just a handful of people in the world with the rare disease Jansen's Metaphyseal Chondrodysplasia.
Read More 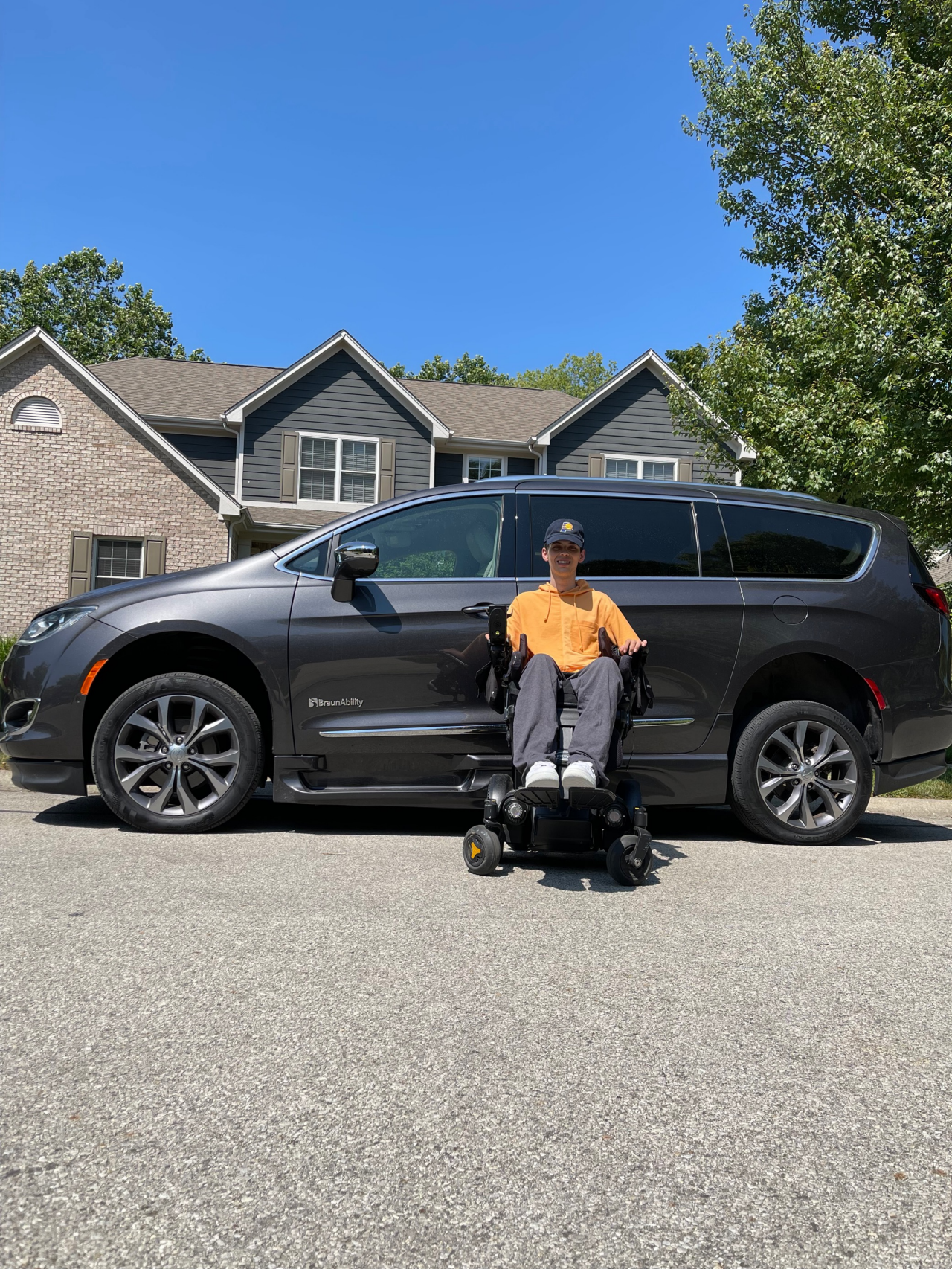 Josh Fugate, a quadriplegic from Fishers Indiana, had a spinal cord injury when he was 18 years old, right after graduating from high school. Click to read his story.
Read More 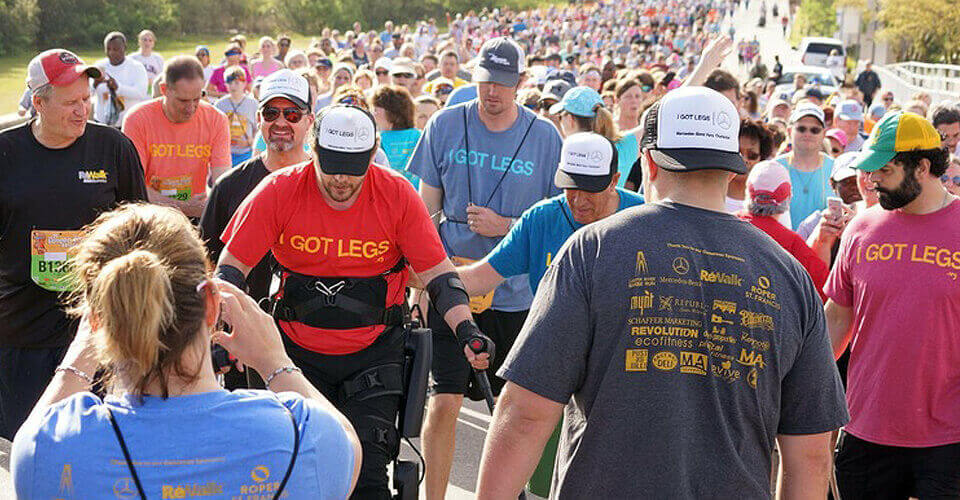 Adam “Legs” Gorlitsky is now considered an expert at fundraising and even uses his charity, I GOT LEGS, to help others work toward fundraising for mobility equipment.
Read More
LIVE CHAT WITH AN AGENT
Let's Chat