Chapter 9: Neither Rain Nor Snow 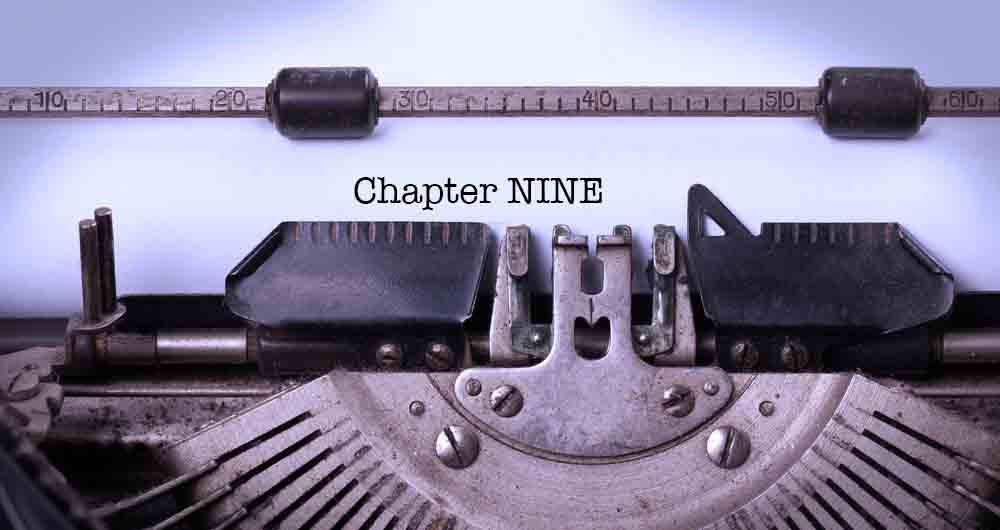 There’s always one moment in life when the door opens and lets the future in. - Graham Greene

In the long, hot summer of 1967, as thousands of people my age hitchhiked to San Francisco for the “Summer of Love,” I rode my motorized wheelchair back and forth to work in Winamac. The difference between the “hippies” and me could not have been clearer: while they sought answers in drugs, sex, and rock and roll, I sought mine through faith and hard work. Let them go crazy, I thought; I have more important things to do—for example, providing for my family, which had grown by one, thanks to the birth of my son, Todd, in early July.

I also had a new wrinkle to contend with: the company I was working for announced it was going to build a new factory on the outskirts of town, about two miles from where I lived. That was good news to many because it was an indication the company was doing well enough to expand into a nice new facility. Employees might have to drive for two more minutes, so to them, it was no big deal. To me, it was huge. Not only would I still be riding my scooter through the elements but I’d be doing it for two miles—each way, every day.

By this point, my scooter had a lot of mileage on it, as did I. This was not going to work for me. At the same time, with a young child and a newborn in the house, not to mention the fact I was working nights and weekends on my own business, I couldn’t ask my wife to drop everything and drive me to and from work every day. That would be too much of a burden for her to bear. What was I to do?

As it often did when faced with an obstacle, my mind went into search mode.

I thought about putting to use one of the King Midget cars I used to drive as a kid, but the idea of me, a grown man, riding to work in something like that seemed ridiculous. Plus, I’d have to go back to keeping one chair at work and another at home. What’s more, I’d need help transferring to both chairs once I reached them.

I wondered whether I could somehow modify my scooter, maybe by putting a top on it, but that, too, was unworkable. I'd already built one Frankenstein, and I did not want another.

I also considered getting someone else to drive me, but I ruled that out when I thought of how dependent I’d be on somebody. Wasn’t my goal to be self-sufficient and in the mainstream of society? If I wouldn’t ask someone in my own family, how could I ask someone outside of it?

As the months wore on and the weather got worse, I started to panic. Just when I thought all hope was lost, I got an idea: what if I had a vehicle with enough space inside so I could ride my scooter right up into it and then drive while sitting on my scooter? I couldn’t use my legs, but I still had plenty of strength left in my arms to steer with. I thought if I hooked up some hand controls, I could apply the gas and brake when I wanted to; I could operate the vehicle all by myself. It seemed plausible, but with one problem: I had no idea what the vehicle might be.

I started on my quest, and before long, I felt like I was getting closer to a solution. I was focused and encouraged because I had read about a place in Indianapolis that had bought a cast-off U.S. postal vehicle at a surplus sale. I remember thinking, I've seen postal workers loading and unloading those trucks before. They’re basically empty shells with a lot of room inside. What if I add some hand controls, take out the driver’s seat, and come up with some kind of lift so I can get up in there with my scooter? That might work, right?

I went to Indianapolis to look at the old postal vehicle. It was a Jeep FJ-3 Fleetvan, which was a small, easily maneuvered cargo carrier built between 1961 and 1965 by Kaiser-Jeep and Willys Motors, in Toledo, Ohio. Sometimes referred to as “the Forgotten Jeep,” the Fleetvan had an F-134 Hurricane engine and a Borg-Warner automatic transmission and was right-hand drive, which meant the person operating the vehicle sat on the right side instead of the left. Only 135 inches long, 90 inches high, and 65 inches wide, the Fleetvan weighed 3,000 pounds and carried a 1,000-pound payload on 80 inches of wheelbase.

The Fleetvan was similar in appearance to today’s FedEx delivery trucks. In reality, it was an early minivan—and it seemed like a dream come true.

It was old, and it wasn’t much more than a bucket of bolts, but it was mine.

After I bought the Fleetvan, I went with one of my uncles, Roger Freeman—who used to let me drive around the yard in the motorized wagon he built for me when I was a kid—back to Indianapolis to pick it up. We took his flatbed grain truck, put the Fleetvan on it—it was in such bad shape that it wasn’t even roadworthy—and drove back to Winamac. We took it to my parents’ garage, where my dad kept his Marathon truck and where I built Tri-Wheelers.

Once we got the Jeep inside, I sat and looked at it. Its floor was about 30 inches in the air, and when you’re in a wheelchair, 30 inches might as well be Mount Everest. I thought, OK, that’s nice—now how am I going to get in there? If I could get someone to open the door for me, put a ramp down, pick it up after I got inside, and then close the door, I could do it. But once again, that would have made me dependent on someone else, and I didn’t want that.

Then I remembered a company I’d heard about in Silver Lake, Indiana, that was making a power tailgate for a pickup truck. It was a relatively new idea, and I thought I might be able to adapt that and put it on the back of my Jeep, so I called them up.

“Hi, this is Ralph Braun, and I heard about a power tailgate you're selling.”

“Yeah,” the bored voice on the other end said.

He brightened a bit and asked, “What kind of pickup truck do you have?”

I rolled my eyes. Couldn’t anyone think beyond the obvious?“ Well, let’s pretend I have a pickup truck and that you’re going to sell me a power tailgate.”

“OK, what pickup truck do you want it made to fit?” he asked.

We settled on a price, and I picked it up one week later, on a Saturday. The day was brutally cold when my brother-in-law and I drove my Chevy Bel-Air station wagon the 40 miles to Silver Lake to get my power tailgate. When we arrived, one of the plant workers came out driving a forklift carrying this massive, heavy, steel tailgate-lift contraption. He stopped in front of our car and looked at us. I swallowed hard and said, “Let’s put it in the back of the station wagon.”

We shoveled it into the car and watched the poor Bel-Air sink low to the ground from the weight. Driving home, I coaxed the old car along and wondered what I could possibly do with the monstrosity I was now responsible for.

I find it interesting that my parents’ garage, which used to be a chicken hatchery filled with incubators where thousands of lives began, gave birth to my wheelchair business. Although I didn’t know it at the time, with my “new old” Jeep and this power tailgate, another new business was about to be born.

We built the first lift-enabled wheelchair van fairly quickly. As we did in the past, we started cutting steel and putting it together. We made our own brackets and mounts and turned the tailgate into a platform—it had to be enlarged so my Tri-Wheeler wouldn’t roll off it—and fastened it to the back of the Jeep.

I drove my wheelchair on to the lift, rode it up to the Jeep’s floor, and went in. The sliding overhead door was impossible for me to close, but at least I was inside. I had taken out the driver’s seat and installed a hand-controlled power brake unit I’d bought at an old junkyard.

That was it. I finished what I set out to do.

Today, people sometimes ask me whether I remember the first time I drove my Jeep after I’d installed the lift. They ask whether I took some kind of celebratory victory lap or drove it around town to show off my creation. They wonder whether I realized then the significance of what I’d done and how it would change the future.

Here’s the unvarnished truth: there was no hoopla, no champagne, no eureka moment. I was simply tired. When we finished, I backed the Jeep out of my parents’ garage, drove back to my house, and went to bed. The next day, I drove the Jeep to work—another obstacle overcome.

Its back door could not close because of the lift I’d installed, so the fact my post office vehicle was said to be “weatherproofed” did not apply. Nor did it offer the highly touted “maximum driver comfort” and an “efficient heating and ventilating system.” Actually, I guess you could say it did have an efficient ventilating system because the door stayed open and allowed plenty of air to rush in, whatever the weather was. It had “plenty of glass,” and if I overlooked the fact the windshield wipers never worked, it did have “great visibility.” With more miles on it than a rented mule, it most definitely did not “save me money—in maintenance, gas, oil, antifreeze, and spark plugs.”

My Jeep served its purpose by keeping me out of the elements and making me self-sufficient. It also gave me a sense of satisfaction that I’d used my wits and creativity to solve a very big problem for myself. Finally, after driving it for a few months, I allowed myself to think, “Hey, this is a pretty slick idea.” I called a man in Bloomington, Illinois, named Ray Cheever, who ran a little magazine called Accent on Living, in which I would later advertise. I told him what I’d done and sent him a picture of my lift-enabled postal vehicle, and he ran a story about it. It wasn’t much, and I didn’t get a huge response from that article, but as I drove it over the next two and a half years, I did begin to attract some attention. That is, until the good old Jeep finally gave out on me in 1970.

Once again, a door had opened and was about to let the future in.