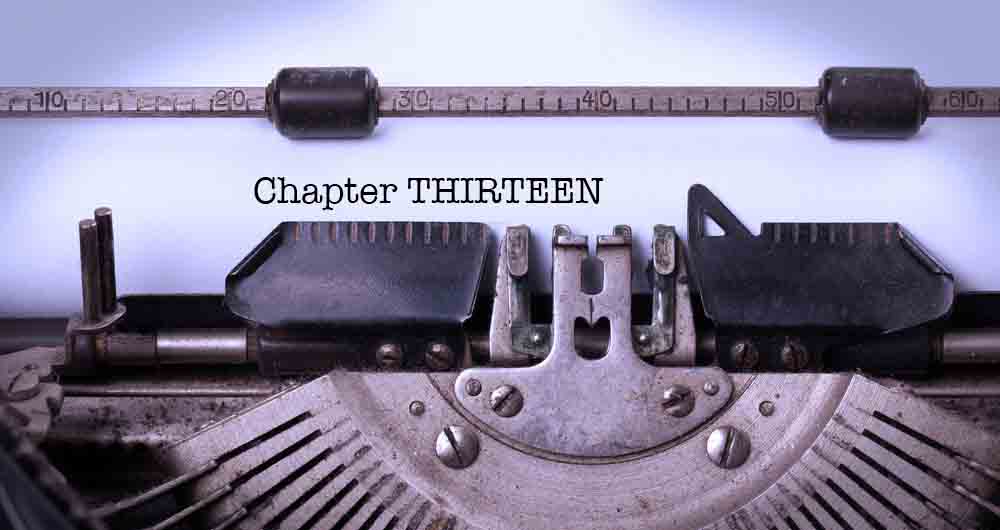 The two most important requirements for major success are: first, being in the right place at the right time, and second, doing something about it. - Ray Kroc

In the mid-1970s, our business grew dramatically, largely as the result of two converging circumstances: the ending of the Vietnam War and our nation’s response to the special needs of the veterans returning from the war.

However, Vietnam was not the sole reason for our success during this period.

Although our business “benefited” from the events surrounding Vietnam, when opportunity came our way, we were ready, with the right technology, the right products, the right positioning, and the right people. We could just as easily have failed as succeeded. However, if we had failed, thousands of customers would not have had access to our products and would have been unable to live their lives the way they wanted to.

Let me try to put this in perspective. From 1961 to 1975, more than 6 million Vietnam veterans left the military and entered civilian life. Throughout history, veterans have returned from wars to enter society, but Vietnam was different. As a result of improvements made in evacuation and medicine during the Vietnam era, a larger percentage of veterans who may have died in prior wars survived and came home disabled. In total, by 1972, 308,000 veterans were disabled as a result of their military service.

These veterans also faced another kind of circumstance different from that of earlier soldiers. Because Vietnam veterans were going straight from the battlefields to their communities, in addition to having obvious physical injuries, they were more susceptible to psychological wounds. Combined with the anti-war sentiment they faced when they returned to the United States, Vietnam veterans had an extremely hard time adjusting to living as civilians.

As if all of this weren’t bad enough, when our soldiers came back from Vietnam, they returned to find a political scandal and the country’s economy in a deep recession, with inflation soaring, energy markets in turmoil, and prospects for employment dim at best.

These challenges made life increasingly difficult for Vietnam veterans, and for those who had given so much for our country, much was required. After all, as George Washington once said, “The true measure of a nation is how it treats its veterans.” What’s more, these veterans were also more vocal—and more effective—about getting their needs met than were veterans of earlier generations. With all of that in mind, the U.S. Congress responded with several initiatives designed to alleviate veterans’ struggles and reward them for their sacrifice.

For one thing, to become fully integrated into society, these soldiers needed to have access to education. Like they did with the GI Bill, Congress passed the Veterans Readjustment Act of 1966, which gave veterans access to the same kind of educational benefits that veterans received after earlier wars. By 1980, this legislation had trained 76 percent of those eligible, which amounted to 5.5 million veterans.

Because of the extenuating circumstances facing Vietnam veterans, many were more isolated than their predecessors, especially those who had been recently discharged. As a result, these service members were harder to find, and making them aware of the programs developed to help them was difficult. To spread the word, assistance centers were created in 21 cities, and in 1967, a field office was established in Long Binh, Vietnam, to assist soldiers even before they returned to civilian life.

In addition to educational assistance and outreach programs, Vietnam veterans also received life insurance, home loan guarantees, job training, access to treatment centers, disability payments, pension payments, and more. The number of veterans eligible to receive pensions increased exponentially between 1960 and 1978. World War II veterans were reaching age 65, when veterans were presumed qualified as totally disabled by virtue of their age alone. As a result, disability pension payments increased, from $80 million in 1960 to $1.24 billion in 1978. The number of cases jumped from 89,526 in 1960 to 691,045 in 1978. The population was becoming older and more disabled, a point supported by the following fact: 32 separate legislative acts benefiting disabled people were enacted between 1973 and 1974, the 93rd Congress.

In terms of our business, all of these Vietnam-era developments drove demand for our products. Why? Simply put, the number of disabled people in the country was larger than ever before. Not only that but these people were becoming educated and were getting job training, and they were motivated to rise above their challenges and live in the mainstream of society. They needed our products, and they wanted them. The question was, how could they afford them?

The answer came, at least in part, when the VA changed the guidelines by which veterans could qualify for financial assistance to purchase products such as ours, which they referred to as “automobile and special adaptive equipment grants.” Instead of providing benefits only to those injured in combat while serving in Vietnam, the VA said that all U.S. military veterans alive, regardless of where in the world they served or whether they fought in combat, were eligible to receive financial assistance so they could purchase and adapt our products.

This opened the floodgates because people needed our products more than ever, and with the VA’s help, they now had the funding to purchase them. It was also retroactive. Theoretically, this meant that someone who had served in the Civil War—if that person were still alive—could receive a grant to buy our products.

If you think that’s overstating it, consider this. The country’s tradition of caring for veterans, spouses, survivors, and dependents is long-lasting. For example, the last dependent of a Revolutionary War veteran died in 1911; in May 2006, three children of Civil War veterans were still drawing VA benefits.

Of the 24.3 million veterans alive at the start of 2006, nearly three-quarters served during a war or an official period of conflict. About a quarter of the nation’s population, approximately 63 million people, is potentially eligible for VA benefits and services because they are veterans, family members, or survivors of veterans.

In the 1970s, those people were our customers, and they came to us in droves—not only the disabled but also their able-bodied family members. Once they had a disabled family member in a wheelchair, they took a totally different attitude. For example, many people, even today, say they never dreamed a company like ours was in existence until they had a child or a sibling or a parent who had become disabled. Family members learn a new life along with the person who’s actually disabled; they are met with and must overcome new challenges each day right along with them.

Another reason for our rapid growth was word of mouth, which spread like wildfire and in many different directions. This continues today. People hear about us and tell all of their friends and family, then their friends and family tell their contacts, and so it goes. The most exciting aspect of this is when that word of mouth comes back to us, particularly through our dealer network. When someone in a wheelchair, or one of his or her family members, talks to one of our dealers, we become both the educator and the educated. We learn from our customers as much as we teach them. This improves our products and builds enduring relationships.

Another aspect of our story in the 1970s is this: although we benefited from legislation that was favorable to our business, we also drove—even forced—that legislation by providing an entirely new generation with the means to be mobile. Until we came along with our mobility products, many disabled people stayed indoors and kept their disabilities hidden. When they ventured out into the public eye, society was not used to seeing them out and about and didn’t know how to respond. For example, when people in wheelchairs became visible, many onlookers assumed they were less intelligent or they didn’t work or have careers. With our Tri-Wheelers and vans, disabled people began going everywhere, just because they felt like it. No longer did they have to plan a week in advance before they left the house; they just went. Once they were out in public, they were like anyone else. The truth is being disabled didn’t change their perspective; it changed everyone else’s. As disabled individuals, they had new challenges to deal with, but their hopes and dreams and fears were the same as they always were.

I’d like to believe we helped change society’s attitudes through our advocacy. By advocacy, I don’t mean being militant, which some disabled people became. That was not my style and never will be. I feel that I can be more productive offering opportunity rather than threats. To each his or her own, I guess.

In my case, that meant getting out and spreading the word. I put our company in the spotlight through ads and articles, yes, but just as important, I went to events and talked about what was possible. I often went with my colleague Burnie Blackmon, one of the “boys in the wheelchairs” I mentioned earlier. I remember going to nursing schools to give speeches, and it was quite enlightening. Nursing students had no idea, in those days, what it was like to be a nurse for a disabled person. They were taught how to care for someone who came into the hospital who was sick. Caring for someone who not only was sick but also had a disability was not in their repertoire. To confuse matters more, the disability had nothing to do with the current visit to the hospital and everything to do with the way they had to be treated in the hospital. Were the nurses our customers? Maybe they were; maybe they weren’t. They were definitely people who influenced the purchase of our products, so they were an important group to us.

It was the same thing with other groups, such as the Paralyzed Veterans of America and the National Spinal Cord Injury Association. I often spoke at conventions run by both groups and again became both the educator and the educated. So, too, did others who spoke on our behalf, such as Miss Wheelchair America, Beverly Chapman, and Jim Pauley, one of my first Tri-Wheeler customers, who said one of the most memorable lines I’ve ever heard. While speaking to a church group one day, as he was encouraging them to make the church wheelchair accessible, he asked, pointedly, “Does God love people who can walk better than he loves people in wheelchairs?” It is a great line, to be sure, and it aptly illustrates the passion that people have for mobility.

The ending of the Vietnam War, societal shifts in attitude, favorable legislation, and our products, technology, positioning, people, and advocacy all resulted in considerable growth. Within months of buying the Case building, which had 4,000 square feet and a parking lot, I had to put on another 6,000 square feet and then buy more property to increase the parking space. This pace of expansion continued throughout the 1970s. With each instance, the parking space was just as important as the building space. Customer vans were coming in from all over the country, night and day, and we needed somewhere to put them before they were converted with our lifts.

I was no longer “merely” an entrepreneur, but I still had that entrepreneurial itch. The question was, how was I going to scratch it?