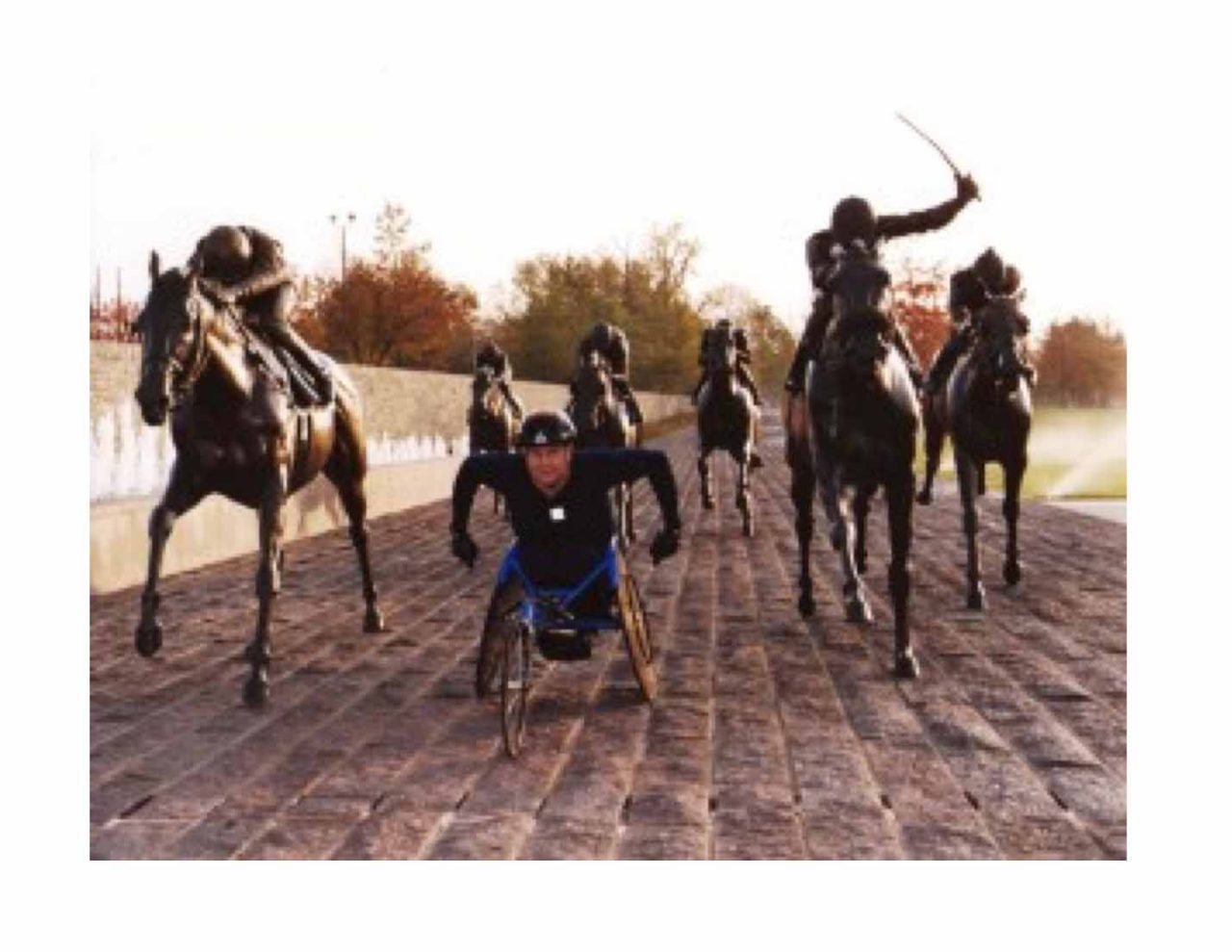 The morning bird's chirps are met by the thunder of the repetitive hitting of the push rims on the composite wheels, sweating bodies are silhouetted by the rising sun, and the marathon is underway. This is the weekly reality of three men pushing themselves for a greater purpose. Rain or shine, morning and night, there are but three constants: tires and concrete and determination.

Meet Paul Erway, a rehab products consultant at Superior Van and Mobility in Louisville, Ken., and marathon racer by the weekend. Erway, with teammates Grant Berthiaume and Aaron Roux, are racing for those who cannot. The trio is racing in 50 marathons in 50 states in 50 weeks during 2013 for the Christopher & Dana Reeve Foundation to raise money for spinal cord injury treatment and research. All three men share a bond in SCI (spinal cord injury).

Erway, in 1992, narrowly missed a place on the US Paralympic team. An athlete since high school, he thought his days in sports were coming to an end. His trainer, however, had different plans. After years of training, Erway made it to the 2004 Boston marathon and even finished his last mile on a flat tire. Since that day, racing has had its fangs in his heart.

This led Erway to the 2004 Oita, Japan, marathon, a race consisting entirely of wheelchair-bound competitors. Erway was paired with Grant Berthiaume for a hotel space, and the two became quick friends. While still in Japan, the pair laid plans for a massive undertaking: race in 50 marathons in 50 states in 50 weeks. A feat never before done by wheelchair racers. They quickly added a former Marine Corp. member Aaron Roux, and the 50 marathons in 50 states in 50 weeks team was set.

The team's racing year began on January 5th in the Mississippi Blues Marathon. All three men still work during the week, while racing and adding sponsors in their free time and weekends. The team depends on their sponsors for transportation to and from each race, as well as for lodging. BraunAbility wheelchair vans have become a favorite vehicle for the team, as they allow them to fir their not only their racing wheelchairs but their conventional ones inside all at once.

Their schedule is grueling, to say the least. Some weekends have a marathon on both Saturday and Sunday, with travel time needed as well. One extreme situation the team faces arises on November 17th of this year. The men will race in the Philadelphia and Las Vegas marathons on the very same day.

No matter how busy the men get, they always try to make stops at rehab centers and hospitals in the cities where they race. The team races for them and wants to try and inspire people to reach out for their dreams, no matter what.

The patients really profit, and we can really see that, said Erway.

15 marathons in, the trio are still going strong. With every race, they grow more determined about their cause: being an example for the world.

Erway was present for the 2013 Boston marathon, and it was a race that he will never forget.

The wheelchair division of the Boston marathon began at 9:17 a.m., which is a full 45 minutes before the women's section. The men's section began 45 minutes after the women.

Erway finished his race in 2 hours and 32 minutes. This put him done around noon. Erway and crew stayed at a hotel 2 blocks away from the finish line. Immediately following the marathon, they went back to the hotel to change. The team was due in Detroit that afternoon and flew out of Boston a short while after. The bombs went off while the plane was mid-air. Erway and crew heard the grim news upon landing.

"You do one of the world's greatest races ... and you don't feel like you can even celebrate," said Erway.

It was a moment that none of the men will ever forget. The following weekend in Salt Lake City, the men, along with numerous other runners, all wore Boston Marathon clothing from various years to show their support.