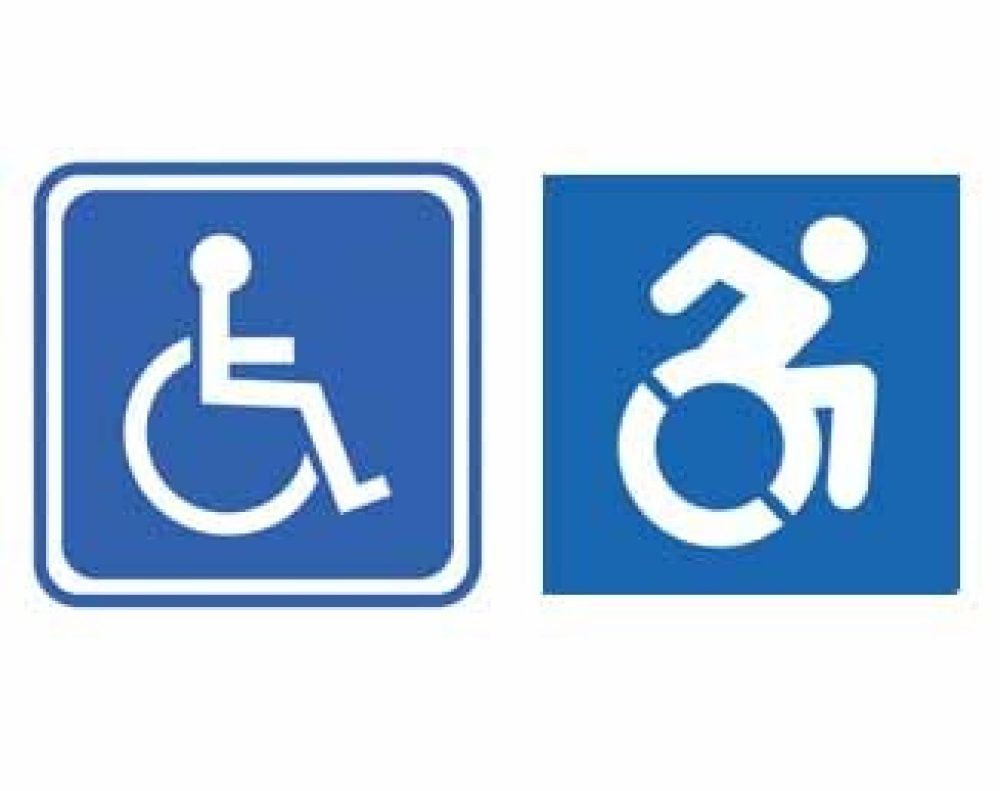 I guess I never paid much attention to the "little white stick figure".

I mean, that white figure sitting in a wheelchair in the blue square (its real name is the International Symbol for Accessibility) just told me where to park myBraunAbility Entervan. So where did this little white figure come from, and how was it developed?

Back in 1969, the International Commission on Technology and Accessibility (ICTA) held a competition to design a symbol that would designate handicapped accessible areas. Susanne Kofoed, a graphic designer from the Copenhagen area of Denmark, won the competition. Her design was similar to what is used today - an outline of a person sitting in a wheelchair - but her design was not used right away since it was missing a head. No one knows why Kofoed designed the symbol without one, but some say she was trying to keep the symbol unisex.

The ICTA chose her design but modified it a bit (adding a head, for one thing) and added color. They needed a color that would stand out, so they made the stick figure white for contrast in the design, and chose a blue background. This symbol is used today, and the official design is copyrighted by the International Commission on Technology & Accessibility of Rehabilitation International.

But many feel the symbol is in need of an update. The wheelchair figure does not represent disabilities like impaired vision, hearing loss, etc. Some feel the wheelchair itself is outdated, that it represents a degree of inactivity and disability that doesn't accurately represent how persons with a disability function at work, on sports fields or in the community. Some believe a person statically confined to a wheelchair is insensitive.

So, it seems the task of redesigning the ISA symbol is on the horizon. The task of accurately representing all those with disabilities will undoubtedly be a challenge.

I can't help but think if humankind can land on the moon, cure various diseases and develop phenomenal computer systems, a new, updated design for handicapped accessibility can certainly happen. How about the rest of you? Is "the little blue sign" here to stay, or does it need a makeover?