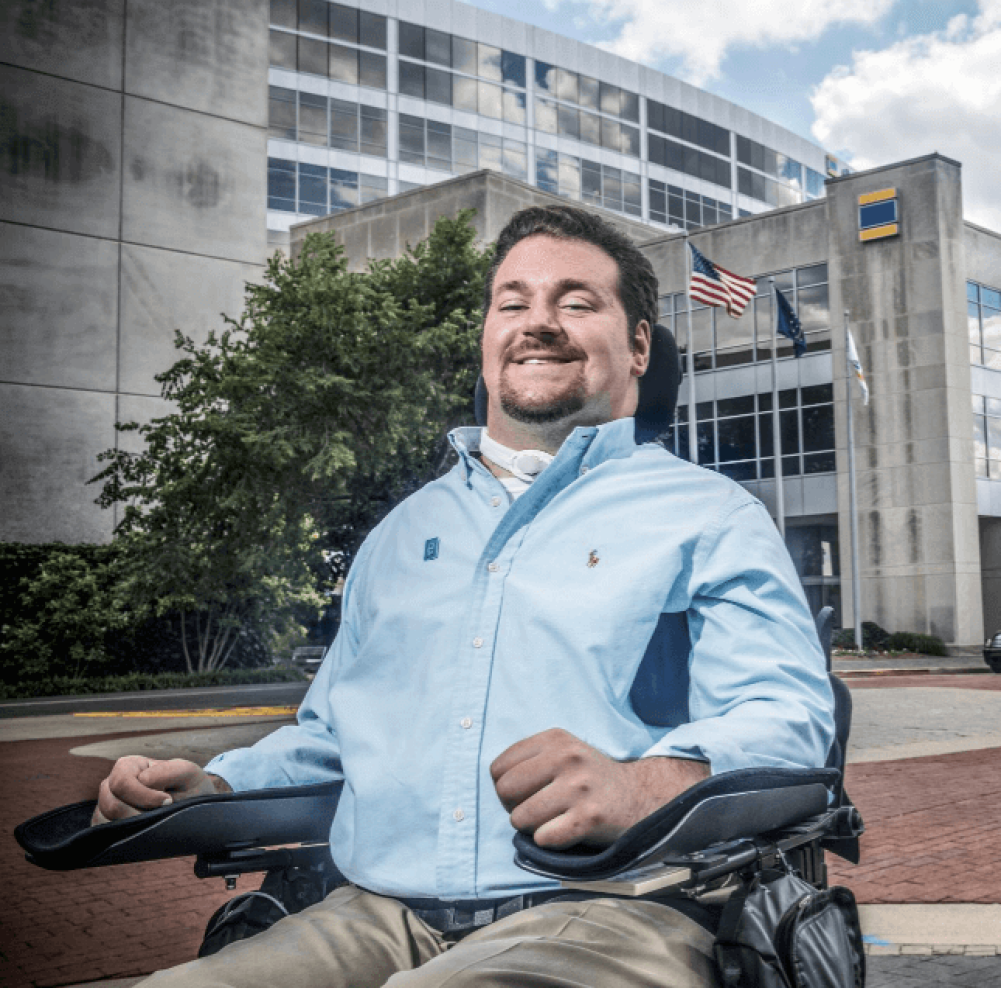 A Banker Turned Politician Advocates for Community, People with Disabilities

Ben Trockman was an avid motocross athlete for many years before an accident during a race caused a spinal cord injury at the age of 17. He was left paralyzed below the neck and unable to return to the sport he loved. The life ahead of him was suddenly very different from the one he’d imagined for himself. Ben didn’t dwell on that reality for long. He graduated from high school and then earned a Communications degree from the University of Southern Indiana. That degree helped refine Ben’s natural gift for writing, speaking, and persuading influencers to enact legislation or policies for positive change.

He’s actively petitioned state and federal legislation — collecting over 15,000 signatures — to make air travel more attainable for people with physical disabilities. He’s served as an ambassador for Easterseals, reaching out to newly-injured individuals who find themselves faced with the same set of questions that he faced as a 17-year-old. And he’s helped to change the way employers approach hiring people with physical disabilities. Through his work as Community Outreach and Employment Specialist at Old National Bank, he has challenged businesses and organizations to open their eyes to the biases of not hiring the disabled population — whether deaf, blind, or paralyzed — and recognize they are a critical component of the solution for breaking down prejudices and discomfort around people with disabilities. (BraunAbility has committed to keeping inclusive hiring on our priority list in the coming years. See coverage of our inclusion breakfast co-hosted with J.P. Morgan Chase here.)

In 2019, Ben ran for and won a seat as a city council member in Evansville, Indiana. On his campaign page on Facebook, a post reads, "This election. This run. It's not about R's. It's not about D's. It's about E's and E is for everyone. This is the movement that I want to bring to the table, that I want this campaign to sound like and feel like for everyone. We’re not going to talk politics, we’re going to talk community."